The Expert Advisor is based on Puria method with a few changes.

The EA does not use the signal of intersection of fast and slow MAs, but uses their movement in one direction instead. The signal is confirmed by the crossover of MACD and its zero level and the slope of MA, which is measured as a number of pips per tick (parameter Shift (vertically) between MA Fast and MA Slow). The EA uses a traditional trailing stop function or the fractal-based trailing.

Optimization was performed using OHLC prices on the period of 2010, testing was performed in the Every Tick mode using data for 2010-2017: 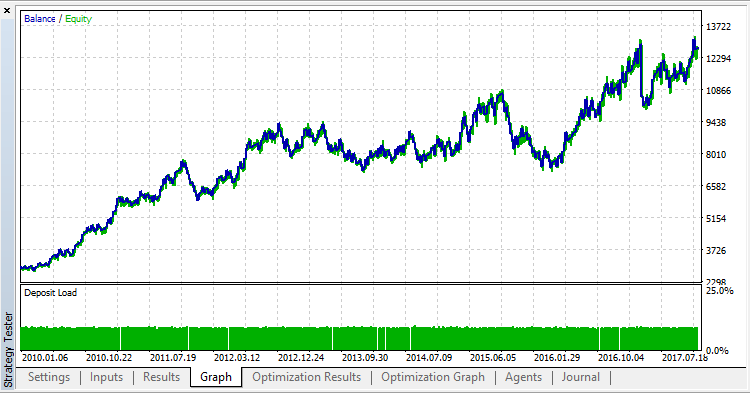