A trend strategy based on moving averages with colors as in a traffic light. The purpose of writing the EA — to test the strategy on history and pick working parameters.

The strategy is composed of a single indicator — Moving Average with 5 different parameters:

The Buy signal is formed when the moving averages align in order from top to bottom: Green – Yellow – Red.

The Sell signal is formed when the indicators align in the reverse order: Red – Yellow – Green.

The price is outside the corridor between the blue and the brown dotted moving averages. 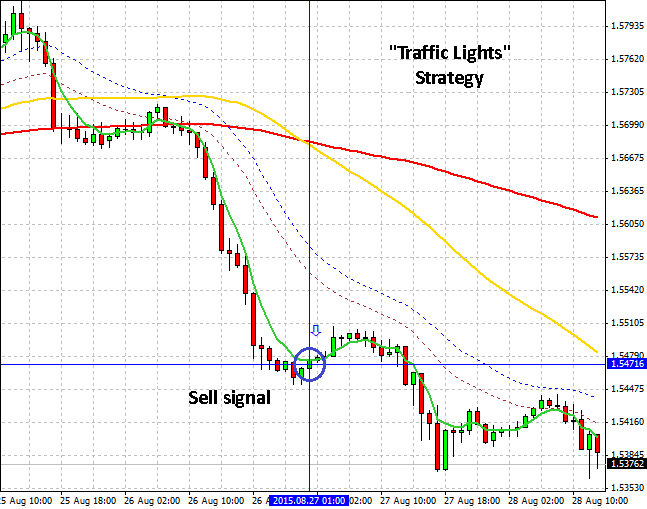 The “Trading style” mode is defined by the StyleTrade parameter. Aggressive trading — opening a new deal according to the strategy after the price enters the corridor between the blue and the brown averages. Conservative trading — the price entered the corridor between the red and the yellow moving averages. Affects the amount of the positions opened by the EA. All parameters are turned on by numbers: 0 — the parameter is off, 1 — the parameter is on (can be any number except 0). It is done for the convenience of the EA testing in the strategy tester.

The usual MM volume calculation depending on the selected risk is present.

The detailed description of the Expert Advisor’s settings and their effect on the test results is shown in the video.

Forex Scalping With SMA and Stochastics – expert for MetaTrader…

Basic ATR based take and stop expert adviser – expert for…

Test on the GBPUSD pair: 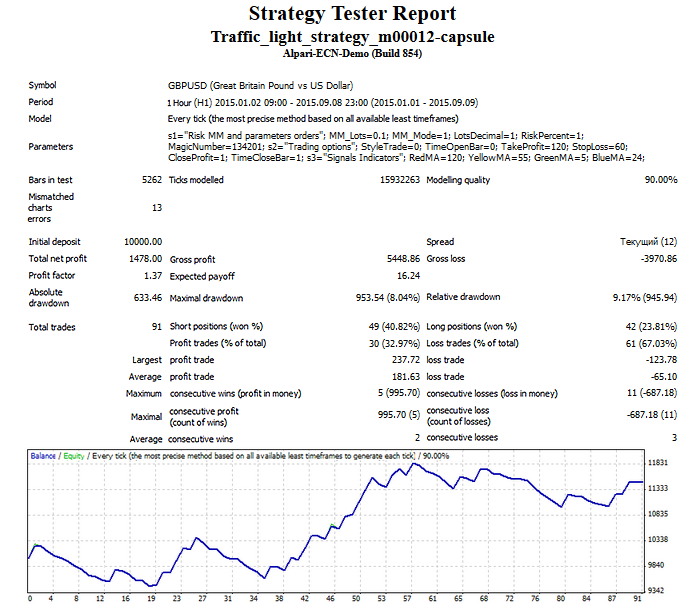 Test on the EURGBP pair: 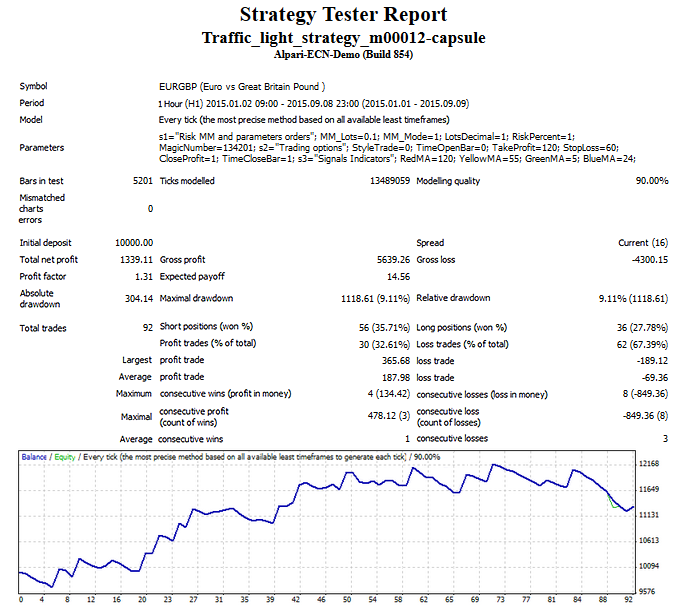 The Expert Advisor may trade without Stop Loss and/or Take Profit with the CloseProfit parameter enabled, in that case up to 70% of the movement of the trend can be obtained. Test on the EURUSD pair without Take Profit and Stop Loss: 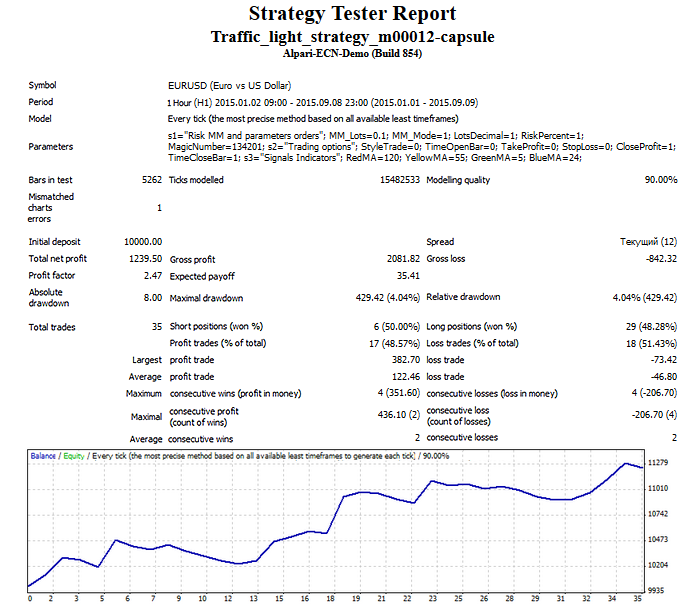 Trailing Stop on moving average has been added in version m00013. The default period is set to 85, it can be changed in the trailing stop settings block. The smaller the period, the faster the deal goes into breakeven, although a large part of the trend gets lost. And vice-versa, large values allow to take almost all the trend.